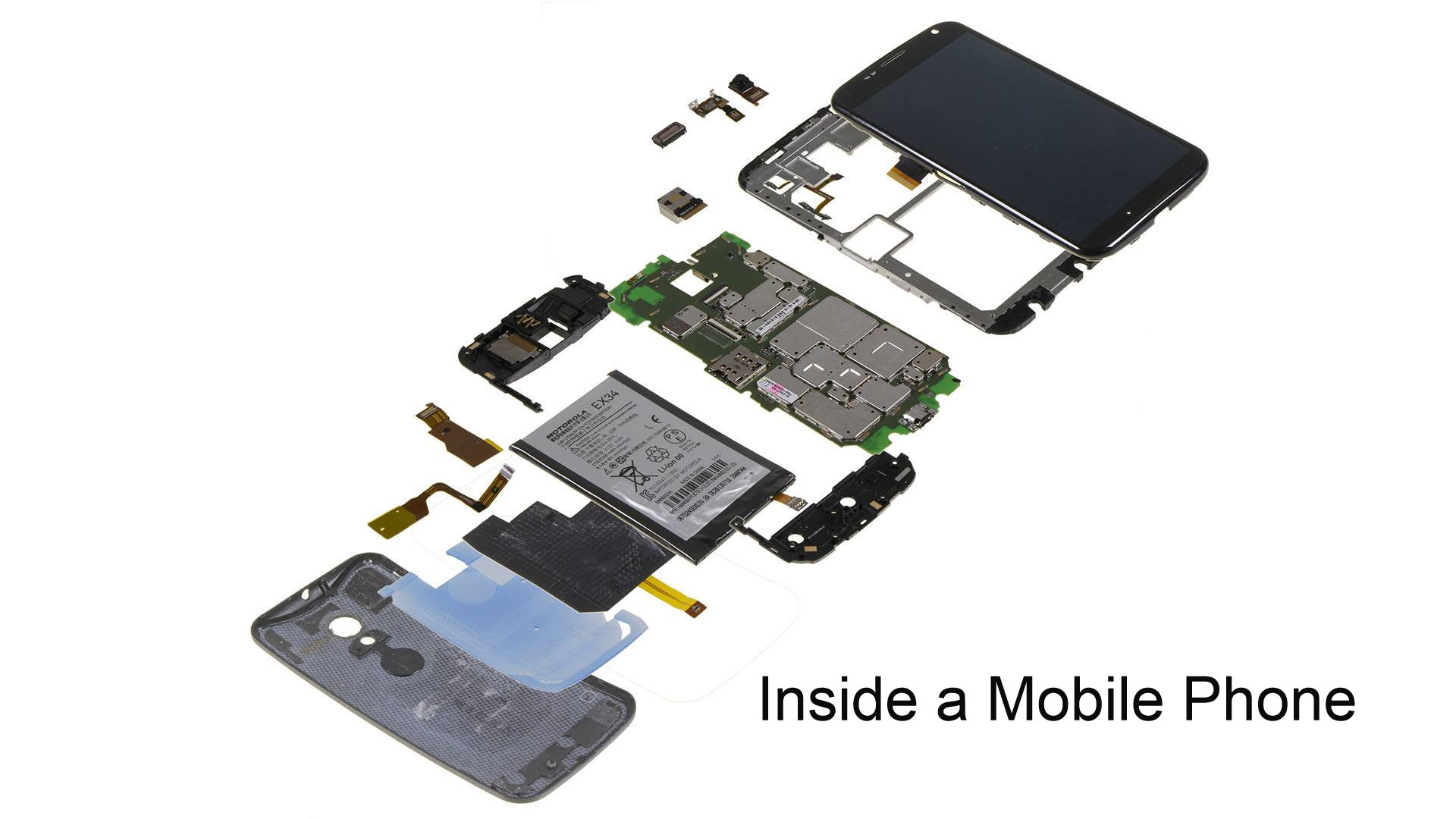 We’ll know about the mobile phones from the outside, but don’t know about what’s inside a mobile phone actually, so in this article we discuss different chemical components present in a smartphone.

The lines are probably already forming for the iPhone six. After months and months of usage, we finally know what it will work like, and what kind of horsepower it’s packing. But how much do you really know about that piece of technology in your pocket? For instance, a typical smartphone contains about 300 milligrams of silver and 30 milligrams of gold.

The gold and silver used to manufacture phones this year alone are worth more than 2.5 billion dollars.

Our friends over at Compound Interest pulled out the periodic table and identified dozens of other elements that are also packed into a typical smartphone.

Inside a mobile phone Battery:

You can’t do anything on your phone without a battery. And that power source is most likely a lithium-ion battery.

Those batteries use lithium cobalt oxide for the cathode or positive side, and carbon or graphite for the negative side called an anode.

The anode produces electrons, and the cathode absorbs them to produce the juice that powers your phone.

It may just look like a piece of glass, but that smartphone screen actually contains some of the rarest elements on earth.

The screen itself, new for the iPhone 6, is made of sapphire. It is the same chemical compound, aluminum oxide, in those sparkly blue earrings and necklaces.

Minor impurities in sapphire gems make them blue, but the sapphires used in gadgets are lab-created, making it cheaper, just as tough, very pure and crystal clear, Sapphire is harder than quartz, the core mineral in the most glass.

The diamond is the only thing that is harder than sapphire.

Sapphire has been in everything from electronics to LED lighting to watches and lenses for decades and started appearing in high-end smartphones.

If you’ve got an iPhone 5s, you’ve already got sapphire in your pocket – it’s in the touch id fingerprint-sensing button.

Smash your phone open and you’ll see another hidden chemistry world. Go on, do it. We’ll Wait.

Copper is used for wiring on the phone as well as the tiny micro-electronic components. Engineers also use a metal called tantalum to make tiny capacitors.

Capacitors store and regulate electricity, and can dump their electrical charge in a fraction of a second, unlike a battery.

Of course, silicon is used to make the microchips in the phone, the brains of the whole operation.

Silicon is the most abundant element on earth other than oxygen.

In the chip, it’s combined with oxygen, antimony, arsenic, phosphorus, and gallium to produce a highly-conductive, powerful chip, which you can then use (sigh) to play Kim Kardashian Hollywood.

So there you have it. The elements that make up that thing you can’t put down.

I hope you can get some knowledge of what’s inside a mobile phone by reading this article.

Hey, you want to give any suggestions to the Tech Geek, then comment down below.