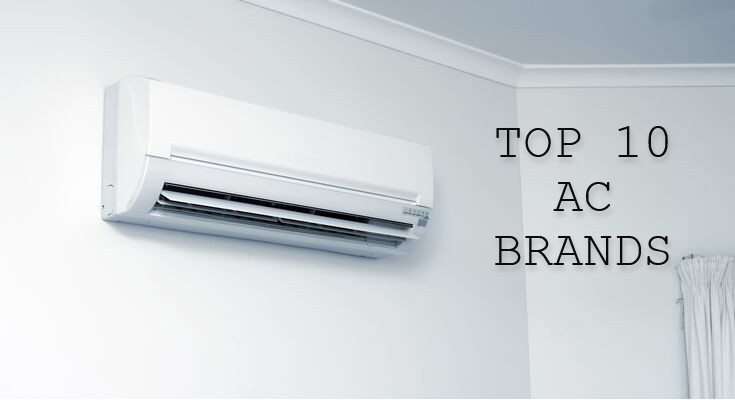 Google defines an air conditioner as a system for controlling the humidity, ventilation, and temperature in a building or vehicle, typically to maintain a cool atmosphere in warm conditions.

These days we can’t even imagine our lives without air conditioners, especially during the summers. It has been a basic necessity for every household in India. The market has a huge demand for air conditioners. So, let’s check out the top 10 brands of Air Conditioners: 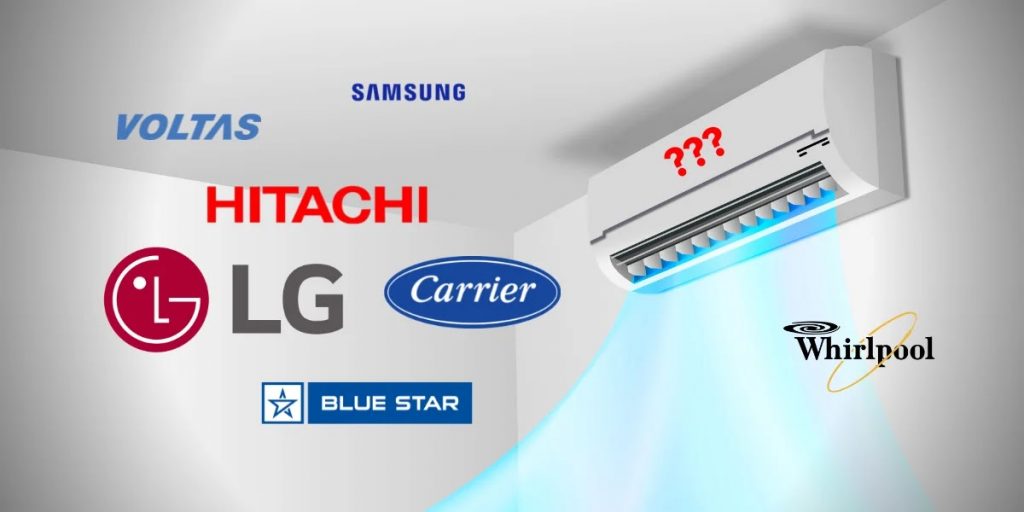 Headquartered in Osaka, Daikin industries is a Japanese multinational air conditioning manufacturing company. It was founded on October 25, 1924, by Akira Yamada. This company is famous for inventing variable refrigerant flow (VRF) air conditioners. It now has branches in over 150 countries. It has been successful in North America and India and is also the fastest-growing AC brand in the country.

Another Japanese multinational company is the second-largest brand for Air Conditioners in the world. Headquartered in Marunouchi, Chiyoda-ku, Tokyo, Japan, this company was founded in the year 1908, by Namihei Odaira. It owns most of the market for Air Conditioners and in 2015, Hitachi’s AC completed a JV with Johnson Controls of the US.

This joint entity Johnson Control-Hitachi Air Conditioning (JCH) is one of the largest AC manufacturers in the world and one of the top brands in North America along with Daikin. Hitachi also gives the best quality products and gives maximum importance to testing before it is released into the market.

This South Korean multinational electronics company was founded in the year 1958 by Koo In-home. In 2008, LG had sold 100 million AC units, which made it the first AC brand to see that many units. In North America, it is one of the top AC brands and here in India, it has captured a huge market.

is famous for its inverter technology as it is claimed to be one of the most advanced in the world and saves up to 70% of energy in electrical appliances such as refrigerators, washing machines, and vacuum cleaners apart from air conditioners.

Ranked 4th in the world, this South Korean multinational electronics company is headquartered in the Yeongtong District of Suwon. Founded on 13 January 1969, this brand is one of the top AC manufacturers in the world. It is also the world’s largest semiconductor manufacturer.

Samsung has used its capabilities in building electronic components in their ACs to make them smarter like Samsung’s wind-free ACs into energy-saving mode when they detect the absence of humans for some time.

Headquartered in Florida, this American multinational home appliances company was founded in the year 1915 by Willis Carrier. It is one of the top Air Conditioner manufacturers in North America along with Daikin. Carrier is known for producing high-quality and long-lasting window ACs. Carrier ACs are known for their low maintenance.

This Japanese multinational electronics company is headquartered in Kadoma, Osaka, and was founded on March 13, 1918, by Kōnosuke Matsushita. Panasonic is a 100 years old brand and is known for its advanced technology. It is touted as the number 1 brand in Japan and is famous for its nano range of air purification. It can even remove the cigarette smell from the room in a short time. In 2021, Panasonic also launched technology to kill coronavirus by 99.99% by producing hydroxyl radicals that inhibit the growth of Coronavirus.

This American multinational company was founded on November 11, 1911, by Louis and Emory Upton. Headquartered in Benton Charter Township, Michigan, United States, Whirlpool entered the air conditioning space in the year 1955. It’s most popular in North America, Europe, and the Indian Subcontinent. It is also famous for its 6th sense technology which is one of the most advanced technologies used in air conditioning units.

This Chinese Multinational Company was founded in the year 1984 and it designs, develops, manufactures, and sells products including refrigerators, air conditioners, washing machines, microwave ovens, mobile phones, computers, and televisions. It has become one of the largest manufacturers of large home appliances in the world. This company is known for decent-quality ACs that come at affordable pricing.

Headquartered in Beijiao Town, Shunde District, Foshan, Guangdong, this Chinese Company are the largest AC brand in China and one of the largest manufacturers in the world. It has even collaborated with different countries like Brazil, Egypt, Argentina, Chile, India, China, and the United States to increase its reach.

Finally, an Indian Company in this list, headquartered in Mumbai, India, is a multinational home appliances company has specialized in air conditioning and cooling technology. Founded in 1954, as a collaboration between Volkart Brothers and Tata Sons. This company has done large international projects including air conditioning in the world’s tallest building Burj Khalifa, Ferrari Woods Theme Park, and many more.

If you are looking for a good air conditioner to beat the oncoming heat this year, it is imperative that you choose the right brand for it. There are so many different brands releasing tons of new appliances each year that it can get very tricky to find the best one. That said, there are a few good brands out there that do not take a lot of thought to purchasing.

If you are looking for a competent model with high durability and features, Daikin and LG are the top brands to choose from. IFB AC review generally talks about their functionality and affordability, while Carrier and Samsung air conditioners are some of the most long-lasting out of the brands available. Choose the one that best suits your requirements, the rest will take care of itself.

If you want more articles about Home appliances, then visit Modern Home Guru. If you want to give any suggestions to the Tech Geek, then comment down below.

2 thoughts on “Top 10 Air Conditioner Brands in the World”