The main component in any smartphone is the SoC used inside. SoC stands for System on Chip or the Smartphone Processor.

The processor is like the heart of any Mobile phone or Smartphone.

Every day we hear that new smartphones are getting released. In this age of competition in the smartphone industry, every brand tries to market their product with a new set of features and technologies.

This article will focus on the System-On-Chip used inside smartphones. So read the complete article to understand the SOC.

All the processing takes place inside this SOC and any feature that the smartphone can support depends on the SOC. 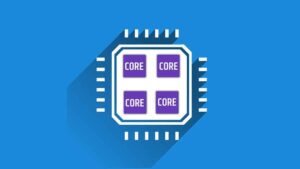 How to know which is the Best and Powerful SoC in Smartphones?

We will try to understand some of the major companies in the processor industry. The first thing to understand is that the System On Chip is built on a specific architecture design.

We may have heard about ARM processors.

What is ARM and then what are Snapdragon, Mediatek, Broadcom?

Well, ARM is the company that makes blueprints and architecture of different processors, for eg. Cortex-A9, Cortex-A53, Cortex-A72, etc, but never manufacture them.

Other SOC manufacturing companies obtain licenses from ARM to build these processors and manufacture SOC.

Architecture or Blueprint of CPU in a SOC System on Chip:

So, the first thing in a SOC is the architecture or blueprint of the CPU.

SOC can contain multiple CPU units and they need not be the same type.

For Example, Snapdragon 650 contains both Cortex-A72 and Cortex-A53.

Cores in a SOC System on Chip:

The next thing to understand about the SOC is the number of cores.

We hear specifications like dual-core, quad-core,octa-core, deca-core. They refer to the number of available processing units.

Here Dual stands for 2 cores, the quad is 4 cores, octa is 8 cores and deca means 10 cores.

Depending upon the number of cores, many simultaneous processes can be performed by the SOC at a single time.

Having more cores reduces the time taken by a SOC to finish a certain task. To understand this better, let us consider an example of the water distribution analogy.

In that, we have two tanks. One is completely filled with water and the next one is empty.

The task is to transfer water from one tank to another.

Here a single pipe is connected between the two tanks. It takes some time to transfer the water.

Now instead of a single pipe, let us connect another pipe, making the supply pipe a dual assembly. The time taken to transfer water is reduced here.

Similarly, the time taken to accomplish the task of transferring water reduces if quad-assembly, octa-assembly, or deca-assembly is used.

However, the drawback of this is the power supply requirement. More CPU cores mean more power is required which drains the phone battery faster.

Clock Frequency or Clock Rate of a Mobile Processor(SoC):

The processors are built using billions of transistors. The transistors keep on switching continuously.

The switching speed of these transistors is controlled by an external clock. The speed is determined by the clock frequency.

The higher the clock frequency, the higher would be the switching speeds in transistors, and thus it would take less time to finish a certain task.

The next important aspect of SOC is on which technology the processor is built.

As seen earlier, we know processors are built using transistors, and charges travel through these transistors.

Less the distance more would be the processor speed and less would be power consumption as charges have to travel fewer distances.

Less the distance, the dimension of the SOC is also less. One might think there is not much difference between 22nm and 14nm, and how it can make a considerable difference in speed and power consumption.

To get this into perspective, consider electrons a soccer ball or football having a radius of 11cm.

From these distances, we can understand the vast difference in 22nm and 14nm technology and how the latter is way better than the previous one.

We discussed how the System on Chip is built on the architecture blueprints obtained from ARM, the number of cores that make up a processor, the clock frequency, and how it affects the SOC performance as well as the technology on which the processor dye is based.

The processors nowadays have become so powerful that they can run a full-fledged PC OS on it.

Before concluding this article, let us compare Qualcomm Snapdragon 625 and MediaTek Helio P25 based on the parameters discussed here.

Both the SOCs are based on 64bit ARM CortexA-53 blueprints.

Both are octa-core processors.