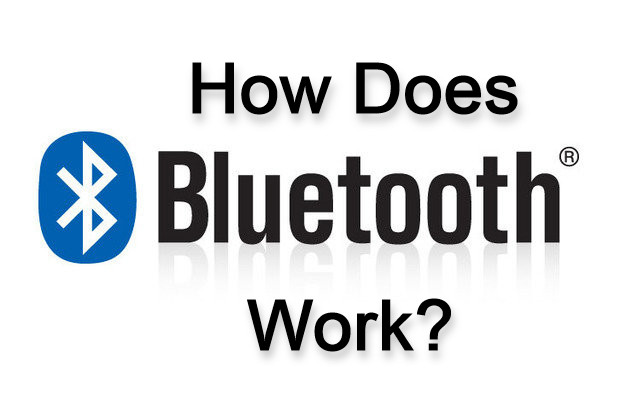 Bluetooth is a fascinating technology. For example, when you play music on your wireless headphones, your smartphone transmits around a million 1s and 0s to your headphones every second using Bluetooth.

These 1s and 0s are assembled into 16-bit numbers which are used to build the electrical waveform that is sent to the speaker and converted into sound waves. But how are a million or so 1s and 0s wirelessly transmitted every single second between your smartphone and your wireless earbuds?

In order to answer this question, we’re going to explore the engineering behind Bluetooth and the principles of wireless communication.

Before we get into the details and specifics of Bluetooth, let’s start with an analogy. When you see a traffic light change color, you recognize what that color change means. The traffic light uses a section of the electromagnetic spectrum, or light, to convey information.

Your smartphone and wireless earbuds communicate using electromagnetic waves in a rather similar fashion but utilizing a different section of the spectrum.

Specifically, Bluetooth uses waves that are around 123 millimeters in wavelength. They are invisible to the human eye and can generally pass through obstructions like walls, rather like visible light passing through the glass.

Your smartphone’s antenna generates these two wavelengths and switches back and forth between them at an incredible rate of about a million times a second.

And amazingly, engineers have designed the antennae and circuitry in your earbuds and smartphone to be attuned to sensing and transmitting these wavelengths back and forth to one another.

Before we dive into further details on Bluetooth, let’s briefly explore and clarify these visualizations because they’re potentially rather confusing.

When your smartphone switches between frequencies, it’s as if it were a lightbulb that rapidly changes between two different frequencies of millimeter length electromagnetic waves, which travel out as expanding spheres.

As a result, your smartphone and wireless headphones can work in any direction. Thus, this visualization of a directional sinusoidal wave is lacking, yet there are still merits to the visualization.

In order to give you a sense of how Bluetooth works, we’re going to use 4 different visualizations that are all different perspectives of looking at the same invisible thing.

Here we have the sinusoidal waves which give us a sense of the frequency and wavelength of the electromagnetic wave.

Furthermore, we’re ignoring the magnetic field component of the electromagnetic wave, as including it would be too confusing.

Let’s move onto the second visualization. Here we have the traveling binary numbers which give us a sense of the data being sent, however, it also doesn’t show the spherical propagation of the electromagnetic waves or the changing frequency of the wave.

Note that it’s possible to send multiple bits at the same time which we’ll explore later.

Third, we have the expanding spheres visualization, which gives a sense of the true near-unidirectional emission of electromagnetic waves from your smartphone and headphones, but it’s difficult to show the frequency or the data that’s being sent, and it’s rather visually complex to process.

And last, we have the simplified spheres, which help us see that these two devices are emitting and receiving electromagnetic waves along with the same frequencies, but it doesn’t show us much else.

Different visualizations are useful in different scenarios, and with that covered, let’s get back to the focus of this article.

Note that, these frequencies are more commonly referred to as having a 2.4 to 2.4835 Gigahertz frequency bandwidth or range.

Just as our eyes see within a range on the electromagnetic spectrum, Bluetooth antennas see or perceive within their own range of frequencies. Now, at any given time, there might be dozens of people using Bluetooth Devices at the same time in the same room.

To accommodate so many users, this section of the electromagnetic spectrum is broken up into 79 different sections or channels, with each channel having a specific wavelength for a 1, and another for a 0, and at any given moment your Smartphone and earbuds communicate across just one of these channels.

Well first, the messages are assembled into packets. In each packet, the first 72 bits are the access codes that synchronize your smartphone and earbuds to make sure that it’s your specific earbuds that receive the message.

These access codes are similar to the address words on a postal letter or package. Just a few lines of writing and a stamp can send a letter, which is seemingly identical to millions of other letters, to the exact house or address anywhere in the world.

The next 54 bits are the header which provides details as to the information being sent, which in our analogy can be equated to the size of the letter or the box.

And the last 500 bits are the actual informational payload, kind of like the contents of our postal letter or box, which in this case are the digital 1s and 0s that make up the audio that you are listening to. If you’re wondering how audio can be represented by 1’s and 0’s take a look at this episode on audio codecs. Ok, so now let’s add more complexity to the mix.

As mentioned, Bluetooth operates in a set of 79 different channels. However, when your smartphone and earbuds communicate, they don’t stick to a single channel, but rather they hop around from channel-to-channel kinda like channel surfing on your TV.

In fact, this hopping between the 79 channels, which is called frequency-hopping spread spectrum, happens 1600 times a second, and after each hop one packet of information composed of the address, header, and payload, is sent between your smartphone and earbuds.

Your smartphone dictates the sequences of channels it will hop to, and your earbuds follow along.

Furthermore, if one of the 79 channels is noisy due to interference or is crowded with other users, then your smartphone adapts and doesn’t use that channel until the noise clears.

This channel hopping also prevents anyone from eavesdropping on the information that is being sent between the two devices, because only your smartphone and earbuds know the sequence of channels that they will communicate across.

Interestingly, because the information is divided and sent using packets if your earbuds don’t receive one of the thousands of packets, it says it didn’t receive that particular one, and your smartphone sends the packet again.

It might seem crazy or mind-blowing that the circuitry in your phone can generate pulses of electro-magnetic waves a million times a second at very specific frequencies and then have these pulses received and decoded by your earbuds- but hey- it happens.

Just think about how your screen has millions of pixels, also emitting specific frequencies and strengths of the electromagnetic spectrum of light at around 30 to 60 or more times a second.

One point of interest is that the Bluetooth Frequency range of 2.4 Gigahertz to 2.4835 Gigahertz is shared by other industrial and medical devices.

However please don’t think your Bluetooth Headphones are dangerous because they emit a wavelength that’s similar to your microwave’s.

That would be like comparing the light output from stadium floodlights to the light from your smartphone screen, and saying that, because they both use the same colors of light, they will both cause damage when stared at from a foot away.

Also, remember we mentioned that the electromagnetic waves from Bluetooth can easily travel through obstacles such as the walls of your house? However, the walls of the microwave are designed to block waves of this frequency.

In addition to microwave ovens, 2.4 Gigahertz Wi-Fi networks also operate within this range of the electromagnetic spectrum.

Similar to Bluetooth, Wi-Fi networks divide this range or bandwidth into 14 channels in order to accommodate multiple users communicating via Wi-Fi at the same time.

You might be wondering, if there are a bunch of different devices all sharing similar frequencies, one of them being a microwave that, if poorly shielded, can emit stray electromagnetic waves, how is it possible for your smartphone and headphones to send megabits of data every second, error-free?

Well, as mentioned earlier, your smartphone does this by frequency hopping and utilizing packets. In addition to that, Bluetooth also utilizes bits for detecting errors, and the circuitry in your smartphone filters out unwanted noise.

For a non-technical understanding of this, let’s go back to our traffic light analogy. When you’re driving and you see a traffic light, it’s not like that’s the only thing you can see. Your eyes perceive a rather complex scene filled with tons of other objects. Your brain interprets this information-filled scene and picks out the information important to you while ignoring all the objects that aren’t.

Similarly, your smartphone and wireless headphones have rather complicated circuits inside a specialized Bluetooth microchip that’s designed and tested by engineers, which filters out unwanted signals, checks for errors coordinate the frequency hopping, and assembles the information into packets thereby enabling reliable and secure communication.

Let’s move on to even more complicated details regarding Bluetooth. The scheme of sending a digital signal or a binary set of 1’s and 0’s by transmitting different frequencies of electromagnetic waves is called frequency-shift keying.

Note that the comparison to a traffic light that emits one color and then another is a little inaccurate because your smartphone’s circuitry generates one frequency, called a carrier wave.

That being said, Bluetooth isn’t limited to using just frequency shift keying; but rather it can also use other properties of electromagnetic waves to transmit information.

A different method that has higher data transfer rates is called phase-shift keying, which is significantly more complicated to explain but I’ll try.

An electromagnetic wave’s phase is a property that our eyes can’t perceive, and it shouldn’t be confused with the amplitude or the frequency, or the wavelength. Let’s use an analogy. Imagine you’re at the beach and you see the waves hitting the shore at a rate of one wave a second.

There are a few things to note with our examples and explanations. We’ve talked a lot about your smartphone sending information to your wireless earbuds; however, your earbuds also send data to your smartphone.

For example, when you’re on a phone call using your earbuds, the audio from the microphone in your wireless headphones is obviously sent back to your smartphone.

In order for Bluetooth to accommodate this back-and-forth conversation, the smartphone, and the headphones alternate transmitting and receiving data while maintaining the frequency hopping schedule.

Also, as we mentioned earlier, a Bluetooth Packet is composed of 3 sections: access codes of 72 bits, a header of 54 bits, and for example payload of 500 bits.

The number of bits in the access codes and header is pretty close to those mentioned, however, the size of the payload which is specified using the header can vary widely between 136 bits and 8168 bits depending on the requirements of the data being sent.

For example, simple commands from your headphones like pause or play the music would require far fewer bytes than sending or receiving high-quality audio. 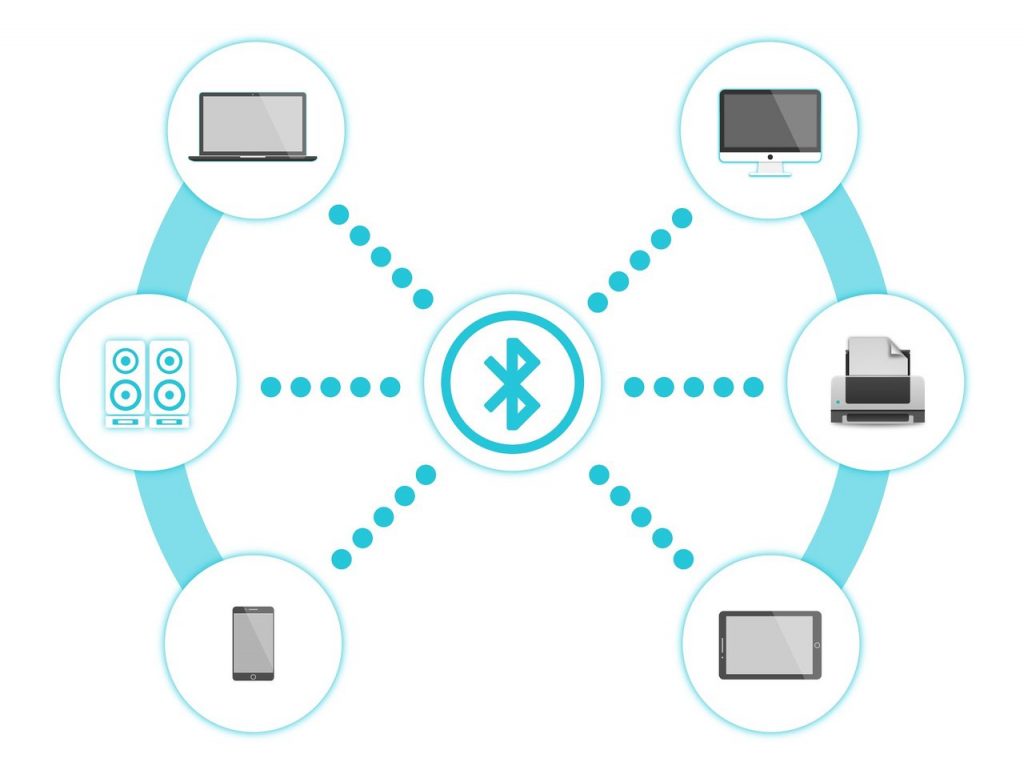 However, the principles that govern how your smartphone and headphones generate and receive those electromagnetic waves are quite different from the principles around how traffic lights and your eyes work. It’s kind of like how fire and an electric radiator both generate heat but using vastly different methods.

And if you want to explore more about this Bluetooth technology, then visit Wikipedia’s official page and Bluetooth official site.

I hope this content is very informative & useful for you, if yes, then let me know in the comments section below. If you want to give any suggestions to the Tech Geek, then comment down below.