Well, Television or T.V. is defined by google as a system for converting visual images (with sound) into electrical signals, transmitting them by radio or other means, and displaying them electronically on a screen.

It is a mass medium for advertisement, entertainment, news, and sports. It’s an electronic device that is found in almost every household. You can even say that it’s a device which unites people, especially family as we all can sit together and watch anything on the T.V.

As years passed by, it has become a crucial part of a house. So, in this article, we’ll provide you a complete buying guide for a perfect television for you and your family. Let’s hop into it!!!

How Many Types of Televisions are There?

Television has evolved and currently, there are 7 types of television. Let’s check it out:

These types of TVs were used by people in the early 2000s and very few people still use these kinds of televisions. People stopped buying these types of TVs when plasma TV and LCD TV came to the market. They were made from cathode-ray tubes and were very famous in those days. All the companies have stopped manufacturing Direct TVs these days and smart TVs have captured the market. 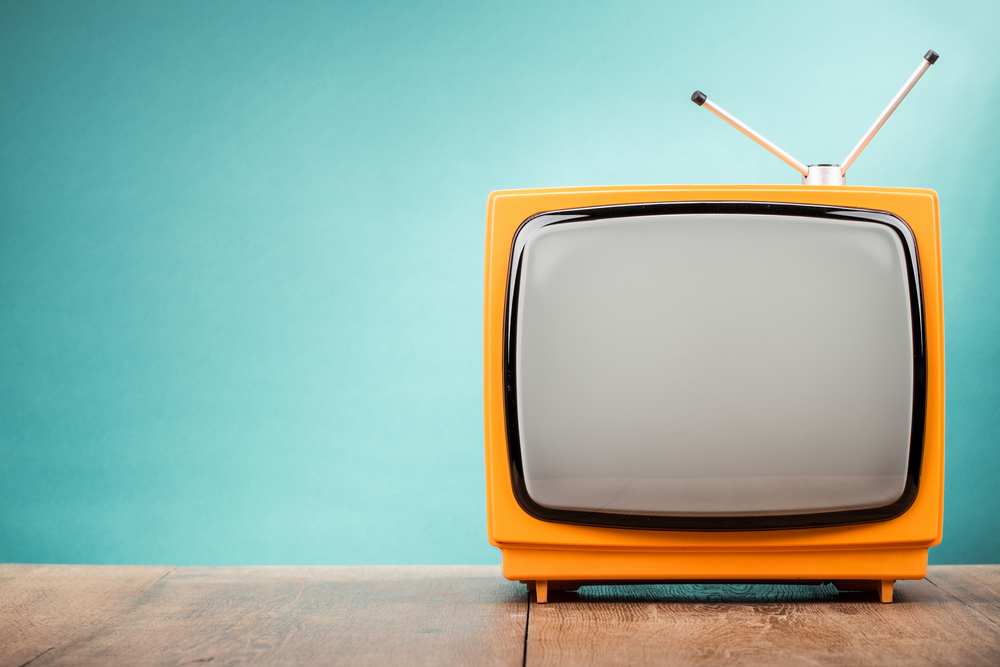 The first flat screen launched in the market in the early 1990s were plasma display panel TVs. It was an alternative to the cathode-ray tube. Plasma displays were designed as a cellular grid with pixels that contain the plasma, an ionized gas that responds to electric fields.

The plasma layer is flanked by electrodes, with glass panels in the front and rear. Plasma TVs use similar phosphor screens as cathode-ray tube TVs, making the color depth similar in both technologies. However, plasma screen technology has a considerably faster frame response over cathode-ray tubes, refreshing up to 600 times a second (600 Hz).

This was based on a chip developed by Texas Instruments, which contains millions of tiny mirrors. These microscopic mirrors are activated when they receive a digital video or graphic signal to reflect the image onto a screen. This technology is used in televisions and projectors.

Even though it’s not today’s trend anymore, many people still use LCD TVs. This technology uses a unique state of matter called liquid crystals. In this state, molecules are fluid but retain a specific crystal structure such that they are all oriented the same way.

It’s exactly like LCD TVs that are backlit with light-emitting diodes (LEDs) instead of standard cold-cathode fluorescent lights (CCFLs).  It is one of the most popular technologies which is used by many.

These types of televisions contain organic compounds that emit light in response to electricity. The organic compound, which can be small molecules or polymers, is situated between two electrodes, at least one of which is transparent for viewing the fluorescent compound.

It is also known as the next-generation LCD Displays. Tiny nanoparticles called quantum dots are amended in the LCD, which dramatically improves color and brightness. 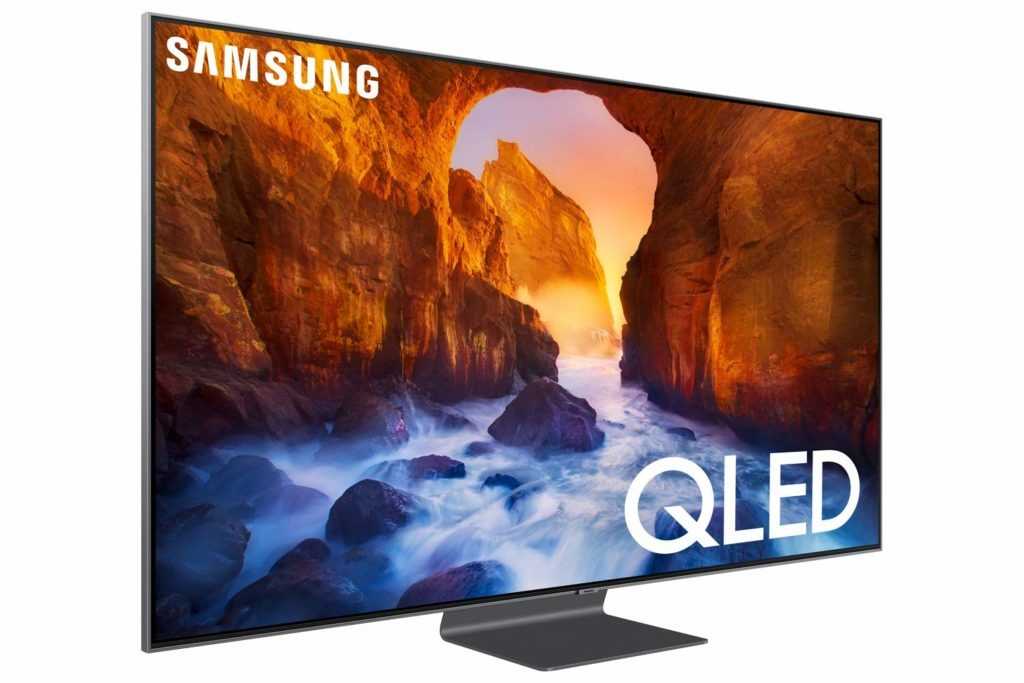 Things to Consider to Buy the Best Television

In today’s world, there are so many types of TVs with a lot of new features launched every day to the market. It can be stressful choosing the perfect TV for your house. So, we’ll help you out in choosing the perfect television for you. So, let’s discuss some of the factors that you need to consider before buying.

These are the crucial factors that you need to look out for while buying the TV. It consists of HDR, contrast, refresh rate, resolution, and the type of display.

b. Contrast: If your TV has the best contrast ratio, then you will even get to see the finest details of the picture on your screen. OLED TVs are best known for their high contrast ratio.

c. Refresh Rate: The refresh rate refers to the number of times the image on your screen is replaced every second. It is measured in FPS or Hz. The higher the refresh rate of your TV, the better will be the viewing experience while you are watching your favorite sport or action movies.

e. Types of Display: There are three types of display- LED, QLED, and OLED TVs.

2. Screen Size of the TV

This is one of the main factors which you have to keep in mind while buying a television. The screen size of the TV is always measured diagonally. The distance and the screen size determine the picture quality of the TV.

b. HDMI Port: It has several connectivity options and is used for connecting a set-up box, laptops, DVD player, Fire TV stick, gaming consoles, and many more.

c. Bluetooth: Bluetooth is used for connecting devices to your TV without using cables.

There are many types of output ports of your TV which is available these days in the market:

a. 3.5mm Audio Jack: It is used for connecting speakers, soundbars, and headphones to your TV.

b. HDMI Arc: This helps you in connecting a home theatre system to your TV.

c. RCA Audio Output: This is a traditional way of connecting home theatres and soundbars to your TV through cables.

As you know, the sound quality is measured in watts. The higher the watts, the louder will be the maximum volume of your TV. The latest TV these days are equipped with pre-defined sound modes for gaming, sports movies, and many more. It automatically tunes the volume of the TV according to make your TV viewing experience better.

Dolby Digital, DTS Premium, and Harmon Kardon are the most preferred sound technology in the market today. 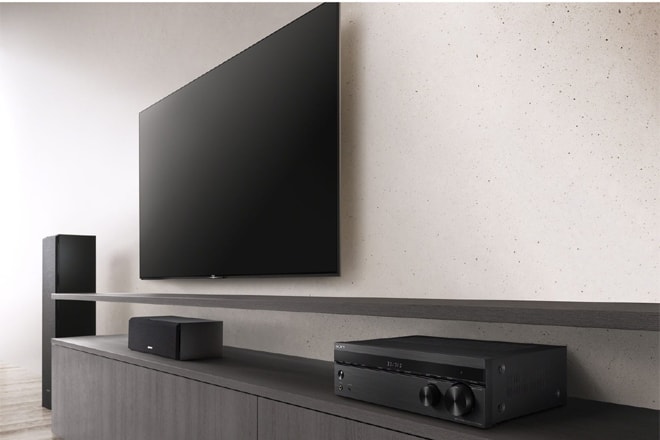 We either are being told during our childhood days or we tell our kids not to watch the television from a very close distance. Because the light coming out of the television strains our eyes and can lead to headaches too.

But if you buy a 4K TV, then the size doesn’t matter and you can buy any size according to your budget.

Which one is better? Well, this completely depends on the user’s tastes and preferences. Many people love to watch the television when it is kept on a table rather than mounted on the wall.

People are often confused when they want to upgrade their TV sound. They don’t know which one to choose, whether a soundbar or a speaker. So, let’s discuss the pros and cons of both the soundbars and speakers which will help you choose clearly.

b. Easy to set up

d. Self-contained, so it doesn’t need a separate box to make it work

e. Some models include advanced features such as Dolby Atmos compatibility or surround speakers (or the ability to add them later).

a. Don’t sound as good or play as loud as a full surround-sound system, especially in big rooms

d. Spending more won’t necessarily improve sound quality. (Soundbars can only be so big without blocking the TV).

b. You’re no longer bound by manufacturer and can mix and match as you like

d. Very flexible, as you can upgrade either the receiver or speakers at a later date.

a. Costs more than a soundbar

b. Takes up more space

Samsung is a very popular and trusted brand in India and has captured a large market here. Originally based in South Korea, this multinational electronics brand is the world’s largest manufacturer of smartphones, laptops, television, memory chips, and semiconductors.

Another South Korean is trusted a lot in India. It is the second-largest LCD television manufacturer in the world and also started selling TV in India that would repel mosquitoes.

Sony Group Corporation is also known as Sony is famous in the whole world and is used by many people. It is the world’s 5th largest television manufacturer in the world and the group consists of Sony Mobile, Sony Music, and Sony Pictures.

Where Should You Buy- Online or Offline?

Many people prefer buying online and some prefer to go old school and buy it offline from the stores. I would personally suggest you go to the store and physically check the television and the picture quality. Then check the same model online and purchase it wherever you find it cheaper.

I hope this Television Buying Guide helps you in choosing a perfect television for your home. Make sure to keep all the points in mind before buying. So, what are you waiting for? Go and shop the best one here!

If you have any queries/doubts/suggestions then ask Tech Geek in the comment section below.